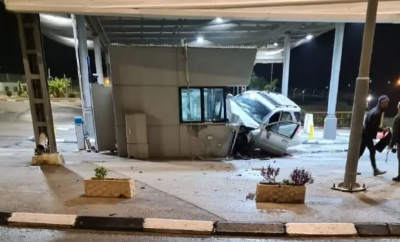 Itâs hard to point to a specific reason for the latest wave of terrorist attacks in Jerusalem and the West Bank.

What is certain, however, is that the attacks are the result of the ongoing and increasing incitement against Israel by Palestinian officials, factions and media outlets.

The attacks are also the result of calls by Hamas, Palestinian Islamic Jihad (PIJ) and other Gaza-based groups for stepping up the âresistanceâ against Israel.

Hamas, PIJ and their followers know that an attack in Jerusalem or the West Bank can gain more attention in the media than another military confrontation with Israel in the Gaza Strip.

Hamas and PIJ are seeking to present themselves to all Arabs and Muslims as the âdefendersâ of al-Aqsa Mosque. They want to demonstrate that they are the only ones fighting against the IDF and settlers in the West Bank.

In recent weeks, the two groups have repeatedly urged Palestinians living there to launch âall forms of resistanceâ against Israel, including the âarmed struggle.â

Hamas and its allies are hoping that the violence would have a two-fold effect.

First, it would cost Israel many lives, thus forcing it to make political and territorial concessions to the Palestinians.

Second, the violence (in the West Bank) would lead to anarchy and lawlessness, thus undermining the Palestinian Authority and bringing about its downfall.

The Gaza-based terrorist groups feel emboldened by the outcome of last Mayâs war with Israel. Every war that ends with Hamas remaining in power is seen by the group and its followers as a âvictory.â

In addition, Hamas and PIJ feel that they won the war because they got away with firing thousands of rockets at Israel, ultimately forcing the Israeli government to drop plans to evict Palestinian families from their homes in the east Jerusalem neighborhood of Sheikh Jarrah.

Since the war, Hamas, PIJ and other extremist Palestinian factions have stepped up their activities in both the West Bank and east Jerusalem.

The activities have prompted the PA security forces to adopt an iron-fist policy toward the groups, including the Popular Front for the Liberation of Palestine (PFLP) in the West Bank.

Because most of these supporters are holders of Israeli-issued ID cards, they enjoy more rights and privileges than Palestinians living under the rule of the PA in the West Bank, making it hard for Israeli authorities to take tough measures against them.

The PAâs efforts to crush the activities of Hamas are not limited only to the security field.

The PA is trying to halt the rising popularity of Hamas by competing with it in the campaign of incitement against Israel.

The PAâs main task is to refute charges that it is a weak and corrupt body that collaborates with the âZionist enemy.â

Thatâs why the anti-Israel rhetoric of the PA is not much different than the one employed by Hamas, PIJ and PFLP.

Like the three groups, the PA continues to accuse Israel of âdesecratingâ al-Aqsa Mosque by allowing Jews to tour the Temple Mount.

The PA, and all Palestinian factions, portray the visits as violent âincursionsâ by extremist Jewish settlers into the mosque.

As part of its effort to rebut charges of collaboration with Israel, the PA often sounds more extreme than Hamas and PIJ.

It is this type of rhetoric that drives Palestinians to carry out terrorist attacks against Israelis. The poisonous messages can be found in the statements of Palestinian officials, mosque preachers and social media users.

Posters and social media posts glorifying the perpetrators of terrorist attacks in Jerusalem and the West Bank serve as a source of inspiration for many young men and women.

Fadi Abu Shkhaydam, the Hamas âscholarâ who killed tour guide Eliyahu Kay near the Western Wall on November 21, is being revered by many Palestinians for his âbrave and heroicâ attack against Jewish âsettlersâ and police officers.

Today, it is hard to find one Palestinian who would be willing to condemn a terrorist attack against Israelis. This is because many are afraid of the radicals. But itâs also because thereâs widespread support among the Palestinian public for such attacks.

The PA has found itself in a catch-22 situation. It is calling on Palestinians to confront Israeli measures and policies in Jerusalem and the West Bank. But it seems that the PAâs enemies in Hamas and PIJ have succeeded in translating the anti-Israel sentiments into terrorist attacks. They have also managed to direct much of the popular anger on the Palestinian street against the PA.

The PA is facing growing discontent among Palestinians in some parts of the West Bank, especially in Jenin, Bethlehem, Hebron and Nablus.

In the past few days, Palestinians have been taking to the streets to protest PA security measures and increased scenes of lawlessness and anarchy. Four universities have been shut due to fighting between rival student groups on campus.

The growing anarchy in the Palestinian communities, combined with an increase in terrorist attacks against Israel, are bad news for the PA leadership, which is now being accused of losing control of the situation in the West Bank.