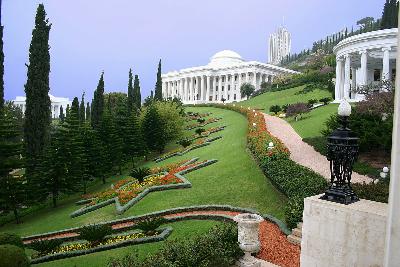 Iran Steps Up Bahai Persecution With Wave Of Arrests

Iranian authorities have stepped up persecution of the Bahais with a wave of arrests of prominent members of the country's biggest non-Muslim minority, leaving the battered community in shock, activists said on Monday.

The Bahais in Iran, who have been subjected to harassment ever since the inception of the Islamic republic in 1979, had already complained that dozens of community members had been arrested, summoned or subjected to house searches in June and July.

But the intensification of the persecution reached a new peak on Sunday when 13 Bahais were suddenly arrested in raids on the homes and businesses of 52 Bahais across the country, Diane Alai, the representative of the Bahai International Community (BIC), told AFP.

She said those detained included prominent Iranian Bahai figures Mahvash Sabet, Fariba Kamalabadi and Afif Naemi who had previously each served a decade in jail and been part of a now disbanded Bahai administrative group known as the Yaran.

"This is an outrageous move," Alai told AFP. "It is an escalation."

"We did not want to believe that this was going to happen but we could see it in the making," she said, noting a "campaign of incitement to hatred" in pro-government media.

James Samimi Farr, of the Bahais of the United States, added: "For whatever reason there is an emboldened effort to persecute our community and test the waters of what can be done against us."

Iran's intelligence ministry said Monday it had arrested members of the Bahai minority suspected of spying for a centre located in Israel and of working illegally to spread their religion.

They had been instructed to "infiltrate educational environments at different levels, especially kindergartens across the country", it said.

Bahais are used to accusations by Iran of links to Israel, whose northern city of Haifa of hosts a centre of the Bahai faith established due to the exile of a Bahai leader well before the State of Israel was established.

Such allegations contain "not one shred of proof," said Alai.

Samimi Farr said: "The government has felt emboldened to persecute us on flimsy pretexts that have been disproved again and again".

The Islamic republic recognises minority non-Muslim faiths including Christianity, Judaism and Zoroastrianism but does not extend the same recognition to Bahaism with followers estimated to number 300,000 in Iran.

Community leaders say Bahais have been subjected to persecution throughout the more than four decade-long existence of the Islamic republic, with members notably facing major obstacles to access higher education.

During her previous stint in prison, Fariba Kamalabadi got to know the daughter of late former president Akbar Hashemi Rafsanjani, Faezeh Hashemi, who had herself been imprisoned in the wake of protests.

When Kamalabadi was allowed a brief break from prison in 2016, Faezeh Hashemi met her, breaking a major taboo in Iran and outraging conservatives and her own father.

Mahvash Sabet, who wrote poetry during her decade in Tehran's Evin Prison, was recognised in 2017 as an English PEN International Writer of Courage.

The Bahai faith is a relatively modern monotheistic religion with spiritual roots dating back to the early 19th century in Iran, promoting the unity of all people and equality.

Adherents say the tenets of the faith encourage a non-confrontational approach known as "constructive resilience" and insist the Bahais of Iran want to work for the good of the country and not against its leadership.

Iran is currently in the throes of a major crackdown affecting all walks of life in an economic crisis that has sparked protests. Filmmakers, unionists and foreign nationals have been arrested.

Alai said the latest spike in repression had just one ultimate goal. "Their aim is to eliminate the Bahai community as a viable entity."