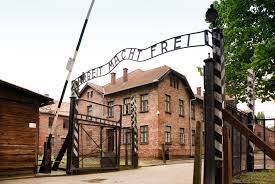 The perpetratorsâ actions were 'an outrageous attack on the symbol of one of the greatest tragedies in human history and an extremely painful blow to the memory of all the victims of the German Nazi Auschwitz-Birkenau camp,' the museum said.

The Nazis and their collaborators killed at least 1.3 million people, including over a million Jews, at the former concentration camp. In 2019, over 2 million people visited the museum, including 396,000 visitors from Poland, 200,000 from Great Britain and 120,000 from the United States."
Date
October 6, 2021
Title
Antisemitic graffiti found at Auschwitz-Birkenau museum, The Times of Israel
Author(s)
Cnaan Lipshiz
Original Source
https://www.timesofisrael.com/antisemitic-graffiti-found-at-auschwitz-birkenau-museum/
Attachment
Click here to view this article in MS Word/PDF format