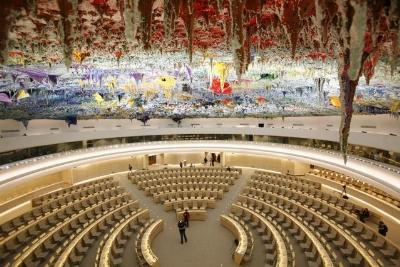 'We will remain steadfast in our pledge, never again,' said Austrian Foreign Minister Alexander Schallenberg as he issued a special video statement in which spoke about the danger of antisemitism.

Itâs the first time Austria has issued such a statement...

During the debate Israelâs ambassador to the UN in Geneva, Meirav Eilon Shahar, said that Jews are once again 'labeled by odious propaganda, online and off-line, as the ones to blame for wars, economic crises, forest fires and, of course, the COVID pandemic.'