This anti-Israel U.N. âSpecial Committeeâ must be put out of its misery 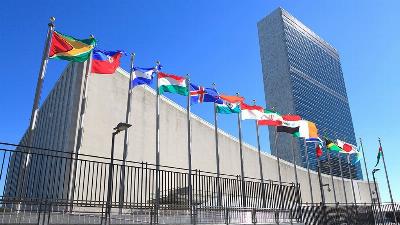 United Nations Headquarters (File photo)
"Afghanistan is tense in the aftermath of the U.S. withdrawal and the Taliban takeover. In Hong Kong, democracy is steadily being eroded. Haiti is reeling in the aftermath of political violence and natural disaster. In the Horn of Africa, war and drought threaten the lives and well-being of millions. But at the United Nations, all of this matters not a whit. For what ails the world, all of this is secondary to one well-known culprit for the worldâs ills: the State of Israel.

At every session of the UN General Assembly, more than a dozen resolutions are passed to demonize Israel â more than are passed against all other countries combined. All of them are preposterous in their bias, one-sidedness and counter-productivity. Most are simply declaratory and, while deplorable, are of limited practical consequence.

But this year one out of the barrage of annual anti-Israel resolutions is of real significance: the reauthorization of the mandate of and funding for The Special Committee to Investigate Israeli Human Rights Practices or SCIIHRP. Established by the UN General Assembly in 1968, the SCIIHRP was purposely modeled after a similar UN body that already existed to monitor abuses in apartheid South Africa. The sole purpose of this Special Committee is to excoriate Israel before the court of world public opinion as a uniquely evil violator of human rights and an abusive colonial oppressor.

Created in the context of the Cold War, the SCIIHRP peddles a false narrative about Israel that was not true in 1968 and certainly not true today. Despite internationally recognized human rights violations occurring in numerous states globally, no other country has the distinction of having a âspecial committeeâ devoted to investigating its supposed human rights abuses. Year after year, this Special Committee churns out harsh and inflammatory reports criticizing Israel mercilessly. Again, no other country is subjected to similar treatment.

The existence of such a body within the United Nations system discredits the UN and harms its credibility. It also is offensive to U.S. taxpayers, who after all pay close to 25% of the entire UN budget and deserve accountability..."
Date
November 30, 2021
Title
This anti-Israel U.N. âSpecial Committeeâ must be put out of its misery, The New York Daily News
Author(s)
Shelley Berkley, Dan Burton, and Eliot Engel
Original Source
https://www.nydailynews.com/opinion/ny-oped-un-anti-israel-special-committee-20211130-zd7ewur3fzcqdonxbg72khzggy-story.html
Attachment
Click here to view this article in MS Word/PDF format