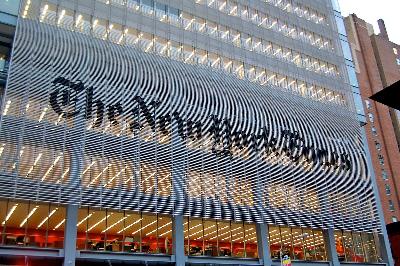 Soliman Hijjy, a freelance filmmaker whose work has been featured by the Times between 2018 and 2021, praised Adolf Hitler in a 2012 Facebook post, writing âHow great you are, Hitlerâ in Arabic, according to Akiva Van Koningsveld, editor of the pro-Israel media watchdog HonestReporting.

In a 2018 post, Hiijy shared a photo of himself with a caption that translated to either âI'm in tune like Hitler during the holocaustâ or âin a state of harmony as Hitler was during the Holocaust.â

In a separate post, he referred to Hamas rocket fire toward Israel as âthe resistance.â

According to HonestReporting, freelance photographer Hosam Salem praised a 2011 bus bombing in Jerusalem that killed two and injured 39. In 2014, Salem cheered on Hamas, claiming the âresistance captured a Zionist soldier.â The IDF soldier Oron Shaul was later killed. That same year, he mourned the death of Hamas operative Salam Maher al-Madhoun, who is tied to the deaths of four IDF soldiers and later expressed joy for the massacre of four rabbis and a police officer in Jerusalem. In 2015, Salem applauded two other terror attacks and in 2018, after being hired by The Times, HonestReporting alleged he âcalled for more violenceâ following an attack that killed two IDF soldiers in the West Bank.