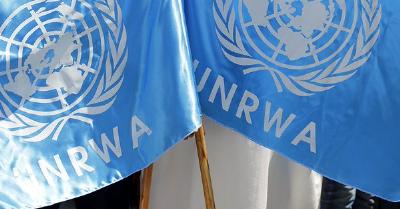 "Members of the European Parliament pressed the head of the United Nations Relief and Works Agency (UNRWA) Wednesday over reports of incitement to violence and prejudice found in Palestinian textbooks used in it schools.

In a hearing with UNRWA Commissioner-General Philippe Lazzarini, members of the Committee on Foreign Affairs raised the possibility of greater scrutiny over educational materials used by the UN agency, which serves the descendants of Palestinian refugees from Israelâs 1947-48 War of Independence.

'I have serious concerns regarding the textbooks,' said German MEP Dietmar KÃ¶ster, from the left-leaning Socialists and Democrats party.

'In view of UNRWAâs serious shortcomings in recent years, I believe the European Parliament has no other choice but to discuss the question of whether we need stricter oversight over the agency.'

'Just this April, our very own budgetary discharge report criticized UNRWA for the hate speech and violence taught in UNRWA schools and questioned whether UNRWA has the proper mechanism in place to ensure adherence to UN values,' KÃ¶ster said.