Will Abbas and PA leaders face ICC prosecution for murder? 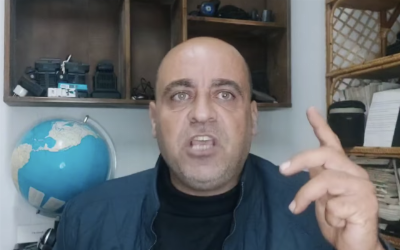 The familyâs lawyer, Hakan Kamoz, recently appealed to Karim Khan, the Prosecutor General of the International Criminal Court in The Hague, demanding an investigation into the circumstances of Banatâs murder.

The unusual move of the Banat family against the P.A. reflects their anger and frustration; the 14 defendants in the case were released from custody and the P.A. has been trying for a year and a half to delay their trial. In a statement, the Banat family directly accused P.A. chairman Mahmoud Abbas of responsibility for their sonâs death, and announced their determination 'to go to the end and bring justice to the gang that murdered Nizar Banat.'...

The murder of Nizar Banat was intended to send a clear message to Abbasâs political opponents, and the Palestinian leader will continue to forcefully suppress his critics and opponentsâjust like the other dictatorial rulers of the Arab world."
Date
December 28, 2022
Title
Will Abbas and PA leaders face ICC prosecution for murder?, Jewish News Syndicate
Author(s)
Yoni Ben Menachem
Original Source
https://www.jns.org/opinion/will-abbas-and-pa-leaders-face-icc-prosecution-for-murder/
Attachment
Click here to view this article in MS Word/PDF format