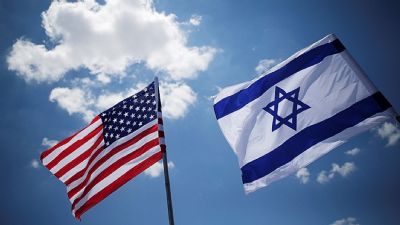 The United Nations Human Rights Council and the U.N.'s human rights chief are threatening companies in the U.S. and around the world for doing business with Israel. Monday, Maryland become the 23rd state to adopt anti-boycott rules. It is urgent for Congress to pass the bipartisan Israel Anti-Boycott Act, a vital tool to prevent anti-Jewish discrimination and to protect American businesses from blackmail.

On Oct. 16 the CEO of Israel's telecom giant Bezeq, Stella Handler, posted a two-page letter that her company had received from the office of U.N. High Commissioner for Human Rights Zeid Ra'ad Al Hussein, a Jordanian prince. The letter, dated Sept. 22, lists Bezeq's operations that allegedly are ensnared by a resolution of the U.N. Human Rights Council.

The Human Rights Council is the U.N.'s top human rights body. The menacing letter neglects to mention the human rights credentials of the 35 Council members that passed the resolution back in 2016 â states like Algeria, Bolivia, Burundi, China, Cuba, Qatar, Saudi Arabia, the United Arab Emirates and Venezuela.

More specifically, the Council resolution calls for the production of a "database" of businesses that "directly or indirectly" are connected to Israeli settlements. In effect, the "database" is a blacklist. High Commissioner Zeid has said he intends to release the database/blacklist by the end of this year.

The letter Zeid sent to Bezeq is not unique. According to leaks to various news agencies, Zeid has sent similar letters to 150 companies around the world. Thirty of such companies are said to be American.

Recipients reportedly include Coca-Cola, Caterpillar, Priceline.com, TripAdvisor, and Airbnb, as well as Israeli businesses such as pharmaceutical leader Teva, the country's two largest banks (Hapoalim and Leumi), the bus company Egged, the national water company Mekorot, and other major Israeli businesses in addition to Bezeq.

Zeid's letter dictates that the company has 60 days to send "information or comments...confirming, clarifying or contesting" the U.N.'s account of the company's business dealings in any area that the U.N. has decided is Arab territory. The information received, continues the U.N. letter, will "enable adequate consideration of whether there are reasonable grounds for inclusion of Bezeq in the database, as per the Council resolution."Â

In plain English, companies face public censure â driven by the U.N.'s vast global network â unless they comply with the demands of Zeid and the Human Rights Council.

Bezeq's CEO vowed her company would not be intimidated, and declared that Bezeq would "protect the rights of all our customers without discrimination" regardless of their religion, race, gender or where they lived.

How right she was.

The fact is that U.N. Human Rights Council resolutions have the legal status of toilet paper.

But that isn't stopping the high commissioner from huffing, puffing and bluffing. And alarmingly, until now, nearly all the recipients of these letters appear to have been playing by the blackmailer's rules. The "don't you dare go to the police" routine has thrown a cone of silence around the whole affair.Â

Shareholders, employees, and communities that depend on the well-being of the blackmailed companies â along with the elected representatives responsible for serving these constituents â have been kept in the dark.

Bezeq has brought the U.N. moves out of the shadows. This is the most egregious boycott, divestment and sanctions (BDS) campaign directed against Israel ever launched by the United Nations. It is not the first, but it is the most audacious.

At its core, BDS is a response to the failure of Arab combatants to defeat Israel on the battlefield. Destroying Israel through economic isolation is perceived by Israel's enemies as Plan B.

The two goals of the U.N. blacklist are first, devastating Israel's economy, and second, circumventing a negotiated solution to the Israeli-Palestinian conflict. For according to existing legal agreements, ownership of disputed territories is to be determined through negotiations between the parties â not by U.N. bullies.

Asked about the blacklist on Aug. 22, State Department spokesperson Heather Nauert, told reporters: "We have made clear our opposition regarding the creation of a database of businesses...and we have not participated and will not participate in its creation or contribute to its content."

The response is disingenuous. Last December the Obama administration agreed in the General Assembly to the overall U.N. regular budget, knowing full well that the budget included funding for the blacklist. Hence, American taxpayers are currently paying 22 percent of all the costs of creating the blacklist. That sounds like a "contribution" to those of us who don't speak diplo-babble.

Which brings us to the bottom line.

U.N. High Commissioner Zeid Ra'ad Al Hussein is the last person on Earth who should be telling American companies how to run their businesses.

And on the off-chance that U.N. letterhead makes American CEOs nervous, they need to be reminded that they owe their allegiance to American law and public policy.

It is past midnight for Congress and President Trump to step up and answer this U.N. assault on American businesses and our ally Israel.

Three simple, morally unambiguous steps will do it:

- The expeditious adoption of the Israel Anti-Boycott Act.