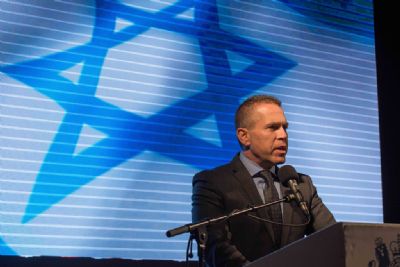 Israeli Public Security Minister Gilad Erdan (File photo)
"An Israeli minister on Thursday praised US President Donald Trump's national security adviser, John Bolton, for saying the United States would be cutting its funding for the UN Human Right Council and for the Office of the High Commissioner for Human Rights.

In the US administration's latest blow against the United Nations, Bolton said earlier Thursday in an interview with the Associated Press: 'We are going to de-fund the Human Rights Council.' He warned that other UN agencies could also be up for cuts in US funding.

'If Ambassador Bolton's announcement spurs the UN to start investing in exposing the world's worst violators of human rights, rather than in delegitimizing the Middle East's one true democracy, millions around the world will benefit,' said Erdan, who is also strategic affairs minister..."
Date
August 24, 2018
Title
Israel hails US for halting Human Rights Council funding, The Times of Israel
Author(s)
TOI STAFF and AP
Original Source
https://www.timesofisrael.com/israel-hails-us-for-halting-human-rights-council-funding/
Attachment
Click here to view this article in MS Word/PDF format