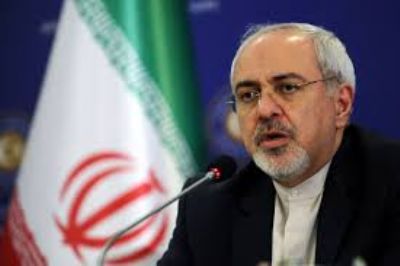 Iranian Foreign Minister Mohammad Javad Zari (File photo)
"Iran's foreign minister on Tuesday extolled the country's ability to bring its nuclear program back on track as limits on the landmark 15-year accord between Tehran and world powers ease in the coming years.

Mohammad Javad Zarif said a document, submitted by Iran to the International Atomic Energy Agency and outlining plans to expand Iran's uranium enrichment program, is a 'matter of pride.'

He said it was created by Iran's 'negotiators and industry experts' and that even foreign media have noted Iran is likely to strive for restoring its full enrichment after 10 years.

Zarif's remarks, carried by the semi-official Fars news agency, followed revelations the day before of the confidential document - an add-on agreement to the nuclear deal with world powers - that Iran gave the IAEA.