Misreporting on Trump and the United Nations 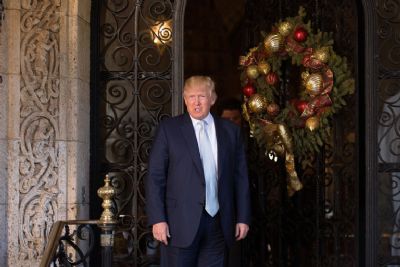 President-elect Donald Trump
"The Associated Press reports on incoming U.N. head Antonio Guterres, and takes the opportunity to editorialize on Donald Trump... Immediately after the United States allowed the Security Council to condemn Israeli settlements in the West Bank on Dec. 23 in a stunning rupture with past practice, Trump warned in a tweet: 'As to the U.N., things will be different after Jan. 20th,' the day he takes office.

Was Trump's tweet a 'stunning rupture with past practice'? There isn't a lot of past practice when it comes to tweeting, but the real stunning departure from past practice was Barack Obama's executing a 180-degree change in foreign policy in the last days of his administration, for no particular reason. But the AP doesn't want to tell you that..."
Date
January 1, 2017
Title
Misreporting on Trump and the United Nations, Powerline
Author(s)
John Hinderaker
Original Source
http://www.powerlineblog.com/archives/2017/01/misreporting-on-trump-and-the-united-nations.php
Attachment
Click here to view this article in MS Word/PDF format