An Open Letter to Ambassador Nikki Haley: What Will U.S. Do About UNRWA? 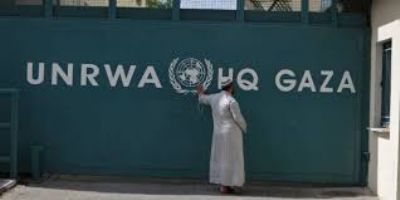 Within your passion to improve UN policies, we would like to know if you would be willing to ask six questions about US funding of UNRWA, the agency which provides 1.2 billion dollars in order to keep 5 million descendants of Arabs who fled Israel in a state of refugee-perpetuity since 1948. The US covers 400 million dollars of that budget.

1. Will you ask for an audit of funds that flow to UNRWA? This would address widespread reports of wasted resources, duplication of services and the undesired flow of cash to terror groups which gained control over UNRWA operations in Gaza over the past 18 years.

2. Will you ask that UNHCR standards be applied to UNRWA, in order to resettle the Arab refugees of 1948, after 69 years? While the UNGA will not allow UNHCR to replace UNRWA, there is nothing stopping the application of UNHCR humanitarian standards.

3. Will you ask for a cancellation of the new UNRWA war curriculum in UN schools which are supposed to promote the UNRWA slogan of 'Peace Starts Here'?

4. Will you ask for a cessation of the paramilitary training of UNRWA students, in coordination with Hamas?...

5. Will you insist that UNRWA dismiss employees affiliated with Hamas, in accordance with laws on the books in western nations, and even in the UN, which forbid aid to an agency that employs members of a terrorist organization?