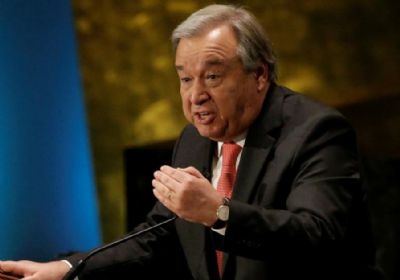 Israeli Deputy Foreign Minister Tzipi Hotovely called on Guterres to withdraw the report, charging it was 'based on lies.'

'It is all calumny and defamation of Israel,' Hotovely declared.

Prepared by the UN Economic and Social Commission for Western Asia (ESCWA), the report is scheduled for discussion when the Economic and Social Council meets on July 27. ESCWA is an important element of the UN's institutionally-funded support for the Palestinians, which includes official bodies like the Division for Palestinian Rights, and an established agenda item devoted to alleged Israeli abuses at the UN Human Rights Council in Geneva.

Based in Lebanon, ESCWA was behind a now infamous report issued in March that accused Israel of establishing an 'apartheid regime' over the Palestinians. That report was quickly withdrawn by Guterres and led to the resignation of ESCWA's under secretary-general, Rima Khalaf, who blamed Israel for placing 'huge pressure on the secretary-general of the UN.'...

'Just as we succeeded in having the previous preposterous report removed, we will fight relentlessly against this blatantly false distortion of the truth as well,' pledged Israeli Ambassador to the UN Danny Danon...