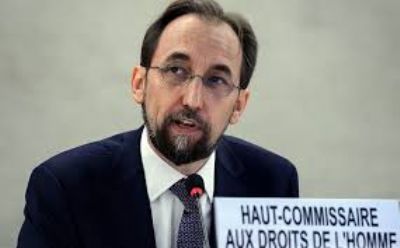 "...At a time of deepening turmoil worldwide, OHCHR was in great demand: the relentless conflict in the Syrian Arab Republic and spill-over into Iraq; from the conflict in Ukraine to the bloodshed in South Sudan... The period under review has seen a devastating deterioration in human rights...

...Rising inequality and the political, economic and social exclusion of marginalized groups undermined the dignity and rights of people in many States, and drove much of the unrest and most of the conflicts reported. Economic, social and cultural rights, as well as the right to development, were affected by austerity policies that disproportionately burden the poor and marginalized, as did corruption; there were failures to prioritize public services, and refusal to recognize people's right to participate in decisions that shape their lives..."