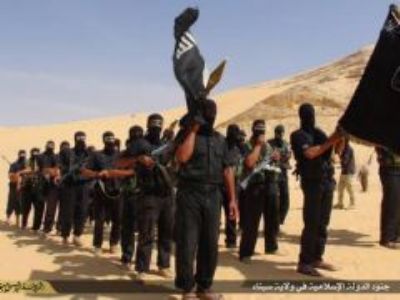 Islamic State terrorists (File photo)
A new report by the UN's counter-terrorism office claims that terrorists who travel to Syria and join the Islamic State are doing so out of "idealism" and to escape "stress" at home, but are not motivated by religion. "Enhancing the Understanding of the Foreign Terrorist Fighters Phenomenon in Syria," the report released by the UN Office of Counter-Terrorism on July 27, 2017, attempts to rationalize the decision to become a terrorist and instead blames Western countries for radicalizing foreign terrorist fighters (FTFs) who return from Syria.