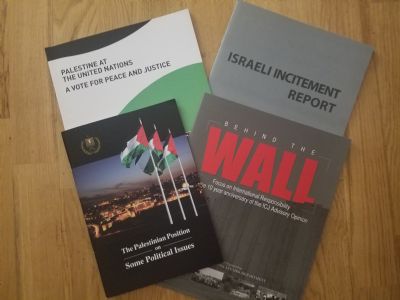 The material also calls for lawfare - the use of international legal institutions to hold Israel "accountable" for spurious claims of violations of human rights or international law. Some of the propaganda calls for divestment from Israel and threatens to "make use of the appropriate mechanisms in order to hold Israel accountable." Another document, entitled "Israeli Incitement Report," turns reality on its head and accuses Israel of incitement.