Report on Palestinian Child Terrorists: Children Who Kill and Their Adult Enablers 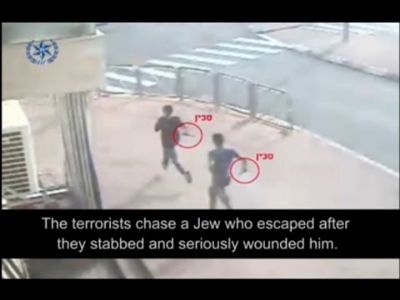 The most recent wave of Palestinian terrorism that began in September 2015 â a wave of stabbings and knifings now being emulated in European cities â has a particularly grotesque feature: child terrorists.

The Palestinian Authority has supported its claim that "Palestine" is ready for statehood, and responded to the UN General Assembly's formal recognition of "non-member observer state" status of the "State of Palestine," by formally acceding to international legal prohibitions on children in armed conflict.

In violation of those legal obligations there have been at least 36 separate terrorist attacks by Palestinian children...

The Secretary-General's report is due to be taken up by the Security Council on Tuesday, August 2, 2016.