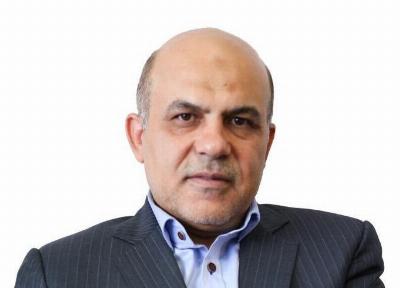 The execution of British-Iranian man Alireza Akbari, who had been sentenced to death, has been widely condemned.

The ex-deputy Iranian defence minister was arrested in 2019 and convicted of spying for the UK, which he denied.

UK Prime Minister Rishi Sunak said his execution was a "callous and cowardly act, carried out by a barbaric regime".

Meanwhile, the UK has imposed sanctions on Iran's Prosecutor General, saying it would hold the regime to account "for its appalling human rights violations".

In a further diplomatic move, the foreign secretary has temporarily withdrawn Britain's ambassador to Iran, Simon Shercliff, "for further consultations".

The Iranian judiciary's official news outlet Mizan reported on Saturday that Mr Akbari, 61, had been hanged. It did not specify the date when the execution took place.

Iran posted a video of Mr Akbari earlier this week showing what appeared to be forced confessions, and after the country's intelligence ministry had described the British-Iranian as "one of the most important agents of the British intelligence service in Iran".

However, BBC Persian broadcast an audio message on Wednesday from Mr Akbari in which he said he had been tortured and forced to confess on camera to crimes he did not commit.

Mr Akbari's family had been asked to go to his prison for a "final visit" on Wednesday and his wife said he had been moved to solitary confinement.

His nephew, Ramin Forghani, has told the BBC of his shock at his uncle's execution, describing it as the sign of a "desperate" regime.

He said his uncle was an Iranian patriot devoted to the country - a veteran of the Iran-Iraq war, consultant to the Iranian government on nuclear talks with the West and also a former deputy defence minister.

Mr Akbari had moved to the UK with an investment visa and become a naturalised citizen, his family say.

But Mr Forghani said his uncle had returned to Tehran from the UK following a request from his former boss, Ali Shamkhani, secretary of the Supreme National Security Council of Iran.

Speaking to the BBC from Luxembourg, Mr Forghani said: "He was devoted to the country, which is why he went back.

"He was involved with the system from its foundation, and would not contemplate causing harm either to the regime or the population.

"I can only speculate that there has been some power struggle at the very highest levels of the government and they have decided to create this plot against my uncle."

Mr Forghani links the timing of his execution to the UK's plans to designate Iran's powerful IRGC - the Islamic Revolutionary Guard Corps - as a terrorist organisation. "This cannot be unrelated," he said.

Dr Sanam Vakil, Iran expert at international affairs think-tank Chatham House, said Mr Akbari's death would be used by the Iranian regime to suggest a "heavy outside hand" was stoking the anti-government unrest - linking the protests with the accusation that Western nations were trying to "destabilise the Islamic republic".

"Keeping the narrative of the West being involved is a way to maintain unity among the political establishment," she told BBC Radio 4's Today programme.

Ties between the UK and Iran have deteriorated in recent months since London imposed sanctions on Iran's morality police and other top security figures, in response to the country's violent crackdown on anti-government protesters.

Iran has arrested dozens of Iranians with dual nationality or foreign permanent residency in recent years, mostly on spying and national security charges.

British-Iranian citizens Nazanin Zaghari-Ratcliffe and Anoosheh Ashoori were released and allowed to leave Iran last year after the UK settled a longstanding debt owed to Tehran.

However, at least two other British-Iranians remain in detention, including Morad Tahbaz, who also holds US citizenship.