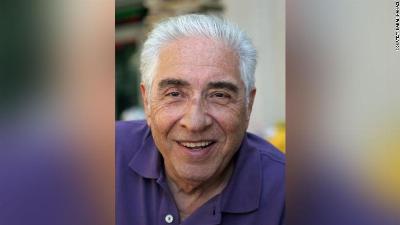 Baquer Namazi is seen in this undated file image.

An elderly American wrongfully held in Iran for more than six years must undergo urgent surgery "to clear life-threatening blockages in his left internal carotid artery," his family said Monday.

Baquer Namazi, 85, and his son, Siamak Namazi are both considered wrongfully detained by the US State Department, and the elder is in need of the surgery "within weeks," his family said. They are urging the Iranian government to release his Siamak on furlough to be with his father during and after the surgery.

According to a statement from Perseus Strategies, which represents the family, he already had health problems at that time, and has developed further medical issues during his six years detained.

Although his sentence was commuted, he has been barred from leaving the country to seek medical care.

"The horrific prison conditions, denial of proper care, and overall trauma of the past six and a half years have been devastating for Baquer's physical and mental health. He developed stress-induced, adult-onset epilepsy, as well as severe depression. He is often confused, becomes easily fatigued, and has difficulty moving around and maintaining his balance, which has resulted in several falls," the statement said.

"His health troubles culminated in near total blockages in his right ICA last October, putting him at high risk of having a potentially fatal stroke," it said. "Iranian authorities ignored international pleas to lift Baquer's travel ban and forced him to undergo the necessary carotid endarterectomy in Iran, despite the heightened risk to his life posed by the stressful environment, poor aftercare, and rampant Covid-19 infections in the country."

Baquer survived a surgery to treat blockages in his right ICA, but "new scans have revealed that severe blockages in his left ICA require Baquer to urgently undergo surgery again and Iranian authorities appear poised to subject him to the same unnecessary dangers as before."

Babak called on the US government "to drastically increase its efforts to obtain my family's freedom before it's too late."

Siamak was blocked from leaving Iran after visiting in July 2015 and underwent months of interrogations before being arrested in October 2015. Baquer was lured to Iran under the false premise that he would be able to see his son. He was instead immediately taken into custody at that time, in February 2016.

US efforts to free Baquer and Siamak, as well as two other wrongfully detained Americans -- Emad Sharghi and Morad Tahbaz -- have failed to yield results. The State Department has said these conversations are being pursued separately from negotiations over the Iran nuclear deal, which have also yet to reach a breakthrough.

On Tuesday, State Department principal deputy spokesperson Vedant Patel declined to comment on Baquer's medical issues, citing privacy concerns, but said the US is "continuing to approach negotiations to secure the release of four wrongfully detained US citizens with the utmost urgency, and will continue to urge Iran to do the same."

"Iran must allow Baquer and Siamak Namazi, Emad Sharghi, and Morad Tahbaz to return home to their loved ones," Patel said.