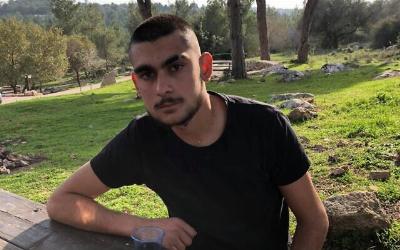 The body of an Israeli man who died after a car crash in the northern West Bank city of Jenin on Tuesday morning was believed to have been snatched by Palestinian gunmen from a hospital in the city, the military said.

Tiran Fero, an 18-year-old from the Druze-majority town of Daliyat al-Karmel was critically injured along with his friend who was seriously hurt in the crash.

The Israel Defense Forces said Fero was taken to a hospital in the Palestinian city due to his critical condition, while his friend was transferred to a nearby checkpoint before being rushed by the army to a hospital within Israel proper.

Fero died at the Ibn Sina hospital in Jenin, and later his body was apparently snatched by unidentified gunmen, according to the IDF and Palestinian media reports.

Feroâs uncle, however, said his nephew was still alive and connected to a ventilator when he was taken. âThey disconnected him from the machines and tossed him into a car,â he told the Kan public radio Wednesday morning.

Images of Feroâs Israeli ID card circulated on social media, seemingly after being taken from the hospital.

Fero was not a soldier, but a 12th grader at a school in the Druze town.

On Wednesday morning, the militaryâs liaison to the Palestinians announced that the Jalamah and Salem crossings in the northern West Bank would be shuttered until further notice following the incident.

The checkpoints are predominantly used by Arab Israelis who travel to the Palestinian city of Jenin and the surrounding area for business or leisure, and by Palestinians who need to travel to Israel for work.

The closure is expected to take an economic toll on the Jenin area.

There was no immediate public claim of responsibility by any terror groups for snatching the body.

The body is being held in the Jenin Refugee Camp, Haaretz reported, citing several Palestinian sources. A senior Palestinian official told Haaretz that the suspects snatched the body, thinking Fero was an undercover Israeli soldier.

Israeli and Palestinian Authority officials are involved in the efforts to return Feroâs body to his family along with Feroâs family, the mayor of Daliyat al-Karmel, the Druze communityâs spiritual leader and the mayor of Jenin.

The Jenin area has been seen as a major hotspot for terror in recent months.

The incident in Jenin came as the military pressed on with a major anti-terror offensive mostly focused on Jenin and Nablus, to deal with a series of Palestinian attacks that have left 29 people in Israel and the West Bank dead since the start of the year.

The operation has netted more than 2,000 arrests in near-nightly raids but has also left over 130 Palestinians dead, many of them â though not all â while carrying out attacks or during clashes with security forces.