U.N. Inaction on Other
All Actions of the UN Human Rights System Critical of Specific States, 2022 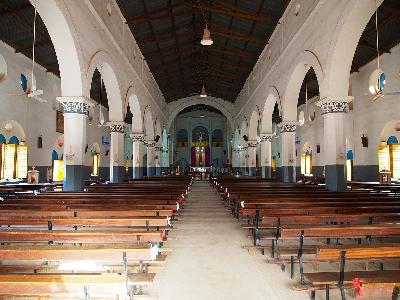 Christian persecution rising around the world amid jihadism, totalitarianism: report

Persecution of Christians has worsened in at least 18 countries at the hands of both totalitarian governments and militant non-state actors in recent years, according to a new report.

"Indicators strongly suggested that, over the period under review, the persecution of Christians continued to worsen in core countries of concern," reads the report titled "Persecuted and Forgotten? A Report On Christians Oppressed For Their Faith 2020-22."

Released by Catholic group Aid to the Church in Need (ACN) on Nov. 16 and presented to the U.K. Parliament earlier this week, the report pinpointed Asia, Africa and the Middle East as the regions where the persecution of Christians is most grave.

The report also laid partial blame for the worsening global situation on "a cultural misperception in the West that continues to deny that Christians remain the most widely persecuted faith group."

Examining "human rights violations" in 24 nations where Christian persecution is "of particular concern," the report said conditions for the faithful have gotten "worse" or "slightly worse" in 18 of them within the past two years, compared to 2017 through 2019.

Conditions have worsened for Christians in every country listed in Africa, according to the watchdog, which noted that "militant non-state actors" such as Boko Haram and the Islamic State West Africa Province are primarily to blame.

Nigeria in particular teeters on the brink of becoming a "failed state" because of jihadists, the report warned, explaining that one analysis tallied as many as 7,600 Christians killed in the country between January 2021 and June 2022.

In his forward to the report, Father Andrew Adeniyi Abayomi, whose church in Nigeria was attacked by gunmen on Pentecost, wrote: "The suffering Church needs people to speak out for us. For the killing to stop, more organizations like ACN need to proclaim the truth of what is happening to Christians all over the world. If not, we will always remain persecuted and forgotten..."

The primary source of persecution in Asian countries such as China, Vietnam and North Korea reportedly emerges from state authorities, who clamp down on the faithful with arrests, forced church closures and draconian legislation. In North Korea, the report claimed "extreme Christian persecution is judged to have reached the threshold for genocide, with reports of murder, forced abortions and infanticide, and slavery."

"China continues to harass and attempt to control Christians and members of other religious groups that will not accept the official Communist Party line â making it unsurprising that in the Pew Forumâs analysis authoritiesâ restrictions on religion it achieved the highest score of any nation-state," the report said.

"Religio-nationalism" has also played a large role in driving Christian persecution in other Asian countries, such as Hindu nationalist groups in India and Sinhalese Buddhist groups in Sri Lanka. Open Doors USA, another religious freedom watchdog group, recently estimated that approximately 360 million Christians in 2022 are living in countries where they face persecution.

More than 5,000 churches or Christian buildings were attacked, and 4,765 Christians were "detained without trial, arrested, sentenced, or imprisoned," last year, according to the organization.