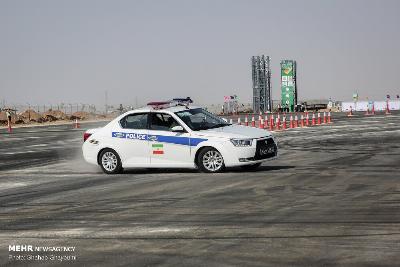 Iran protester: ‘We could hear the beatings and screams in jail’

Anti-government protests in Iran have entered an eighth week, despite a crackdown by security forces in which local human rights activists say at least 328 people have been killed and 14,800 others have been detained.

One female protester in her 20s, who spent a week in prison and was recently released on bail, told the BBC's Khosro Kalbasi Isfahani that she witnessed physical and psychological torture, and other ill-treatment.

This article contains details some readers may find distressing.

"I have been released from jail, but I feel like I am still shackled.

I had heard stories about people being arrested and tortured, but it is different when you see such things first-hand.

I feel that I am going to explode with rage, since I can't do anything for those still stuck in jail. I just want to get this testimony out there.

There were girls as young as 15 among the people detained with us.

Two young women suffered from chronic illnesses, but our jailers refused to give them medicine. One of them panicked and fainted when she was handed a heavy prison sentence. But the security officers did not care. We asked them to call an ambulance, but a female officer said she would "be alright soon enough".

The same woman was tortured while being interrogated. They smashed her hands so severely that almost all her fingernails were broken.

When another woman had a seizure, the guards just shrugged it off, saying that if she died it would mean "one piece of trash less on earth". She suffered from epilepsy, but the guards refused her access to medication.

A fourth woman had cancer. But the security officers refused her access to medical care. She had letters from respected doctors saying that she needed to visit medical centres for routine procedures, but they refused her medical care.

A 17-year-old girl said her main concern was that she would not be able to get good marks in her final school exams, because she could not study in prison. She told us that she hoped her mother had told her school principals that she was sick, so they would let her go back to school after getting released.

A young man in his 20s, who was arrested at the same time as us, was beaten so badly by security forces. They hit him on his head with batons. He feared that he would die there and then. He gave us his name and his parents' address so that we would be able to tell them about his last moments. I don't know where they took him.

They also brought young men into the cell next to ours and beat them. We could hear the sound of the beatings and their screams. We panicked when we heard those sounds.

Another terrifying thing about being arrested during the protests was that no clear procedures were followed. You did not know what might happen to you, hour to hour. Everything depended on the whims of the officer handling your case. And they constantly lied to you. You were kept in state of limbo. Many protesters also cannot afford the hefty bails that the judges are demanding, meaning that they are stuck in jail.

Since my release, I have felt that my hands are tied. They have installed so many surveillance cameras across my city that I feel that anywhere I go they are constantly watching me.

Many people have stopped taking their mobile phones to protests because that will expose them to additional risks if they get arrested.

Some protesters used to take old "dumbphones" [basic handsets without the internet or apps] with them. But security forces have become wary of that and now accuse them of being "riot leaders". In some cases, they have released people from detention centres and later raided their homes and seized all their electronic devices.

I hope that nobody else will be forced to suffer even a shred of what we saw and endured.

I was beaten at the time of my arrest. But your own personal pain becomes irrelevant when you see the pain of others.

I can say with confidence that almost no-one cried over their own injuries - it was only over the pain of others or out of fear for their families."