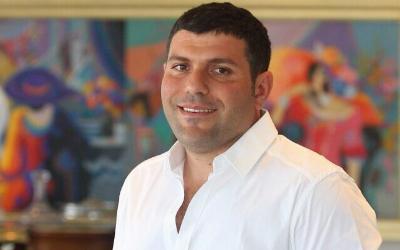 âContrary to some of what was published [Sunday] night in connection to the incident in Cyprus, I ask to clarify, in the name of security officials, that this was a terrorist attack by Iran against Israeli businesspeople living in Cyprus,â he said.

âThis was not a criminal incident, and the businessman Teddy Sagi was not the target of the attack,â Sidi said.

The Iranian Embassy in Nicosia said the claims were baseless.

Sidiâs comments came after conflicting reports about whether the assassination attempt was a terrorist attack or the result of a business dispute between Sagi and Russian businessmen.

Sagi indicated that Iran was responsible for the attack.

âIran continues to be a global and regional threat and a challenge to Israel, and we will continue to act to defend our citizens and the security of the State of Israel everywhere and against every threat,â he said at a Blue and White faction meeting.

Foreign Minister Yair Lapid said: âIsraeli businesspeople will continue to travel the world. They need to be careful and listen to instructions, but Israel can and knows how to protect its citizens.â

The Cyprus police arrested a 38-year-old Azeri-Russian man on September 27 for plotting to murder several Israeli businessmen living in Nicosia.

âA person has been arrested, in whose possession a pistol and cartridges were found,â Cyprus Police Chief Stelios Papatheodorou said Monday. âIt is a sensitive case, which is why a remand request was held behind closed doors.â

âAll possibilitiesâ were being investigated, he said.

The hitman had been in Cyprus for about 20 days before his arrest, first crossing from Turkish-controlled Northern Cyprus in a car and then going back and forth several times through a pedestrian crossing with an electric scooter, the police reported. He rented two cars in succession, and a silencer was found in one of them at the time of his arrest.

Sagi was tipped off by unnamed Israeli authorities that he had been targeted by an assassin, Israeli media reported Sunday night. Those authorities helped Sagi flee Cyprus and avoid harm.

It remained unclear who had warned Sagi, but the Mossad is likely the unnamed Israeli authority operating in or giving information relating to a foreign country like Cyprus.

Sagi is the billionaire founder of gambling software company Playtech and fraud-prevention company SafeCharge and the owner of Camden Market in London.