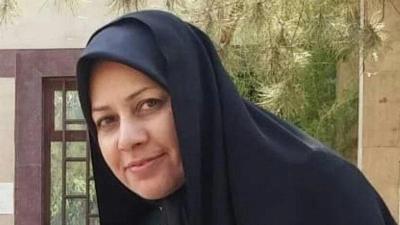 A civil activist and niece of Supreme Leader Ayatollah Ali Khamenei was arrested last week, her brother and activists say, after she praised a member of Iran's former royalty.

Agents of the Iranian Intelligence Ministry arrested Farideh Moradkhani on January 14, while some of her personal belongings were confiscated in a raid on her home, according to the Human Rights Activists News Agency (HRANA), a U.S.-based news outlet that covers news in Iran.

The agency said on January 16 that Moradkhani had been transferred to Tehranâs Evin prison.

"We are very worried, we did not have news...we now know she is in Evin prison" and under the control of the Intelligence Ministry, her brother Mahmud Moradkhani, who lives in France, told the London-based Iran International Persian-language satellite news channel.

Moradkhani, a daughter of Khamenei's sister, is known in Iran for her activism against the death penalty and for civil freedoms in the country.

Her reported arrest came after a video posted on social media showed her praising Farah Diba, the widow of the last Shah, during an online event marking the former queenâs 83rd birthday. Shah Mohammad Reza Pahlavi ruled Iran until the Islamic Revolution in 1979. Farah is now based in France.