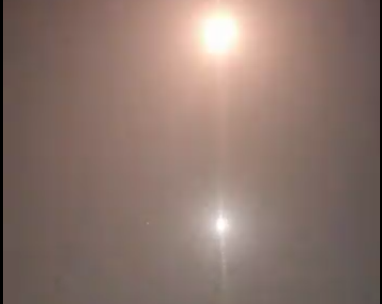 Rockets were fired into Israel on Friday evening after the IDF struck targets in Gaza, killing a top operative in the Islamic Jihad as well as multiple terrorists.

Multiple sirens were sounded as more than 60 rockets were shot towards Yavne, Be'er Yaakov, Ashdod and the Gaza Envelope and were intercepted by the Iron Dome.

The targeting range was soon widened as rockets were fired towards the center of Israel towards Rishon Lezion, Bat Yam and Holon.

No casualties were initially reported.

The Islamic Jihad took responsibility for the attacks.

Why is Islamic Jihad attacking?

The IDF hit further targets in Gaza in response to the rockets.

In a press conference on Friday evening, Prime Minister Yair Lapid and Defense Minister Benny Gantz said that the strikes had been in response to a major terror attack that was being planned by the Islamic Jihad after its leader was arrested on Monday.