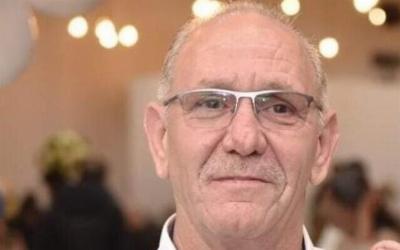 The victim was named as Shalom Sofer in a message sent to the residents of the settlement of Kedumim, where he owned a store. The statement said his funeral was expected to take place later Tuesday.

Sofer was stabbed after he exited a store in al-Funduq, a Palestinian village near Kedumim, on October 25. He managed to get to his car and drive to a nearby junction, where he was treated by medics and taken to Sheba Medical Center in Ramat Gan.

While initially Sofer was listed in moderate-serious condition, his condition appeared to have stabilized in the days after the stabbing, and he was released home a week ago.

According to his son, Lidor, one of the stab wounds opened and he died of blood loss on Monday night.

â[My] father had already been home for a week. Seemingly everything was fine, and suddenly one of his wounds opened. Within a few minutes, he lost a lot of blood,â he told Kan public radio on Tuesday.

âWhen he was released [from the hospital] we thanked [God] for the great miracle, and we were sure that after a day or two our strong father would return to normal, return to work,â Lidor Sofer said. Prime Minister Yair Lapid sent his condolences to Soferâs family and said the âfight against terror continues day and night.â

Religious Zionism leader MK Bezalel Smotrich said that he knew Sofer as a friend, and that the terror victim was âa special man with a huge heart.â

The alleged Palestinian stabber was arrested following a brief manhunt in the area, according to the Israel Defense Forces, which described the incident as a terror attack.

The IDF said the suspect was found following intensive searches and intelligence received from the Shin Bet security agency.

Tensions have soared in the West Bank recently as the IDF has pressed on with an anti-terror offensive mostly focused on the northern West Bank. It has netted more than 2,000 arrests in near-nightly raids.

The operation has also left over 125 Palestinians dead, many of them â but not all â while carrying out attacks or during clashes with security forces.