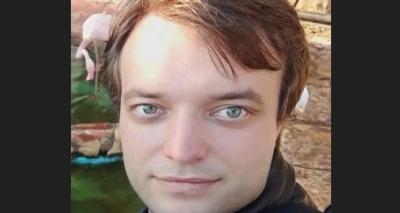 Security forces caught on Saturday evening the two Palestinian terrorists who killed a 23-year-old security guard at the entrance to Ariel on Friday night, the Shin Bet said.

The two men, along with the weapons used in the attack, were arrested in the West Bank village of Qarawat Bani Hassan âfollowing intensive intelligence and operational activity by the Shin Bet, IDF and Israel Police,â the three organizations said in a statement.

âThe security forces will continue to work to bring to justice those who are involved in terrorist activities and with anyone who assisted them,â the statement continued, adding that they were taken by the Shin Bet for further investigation.

The security guard, from Beit Shemesh, was killed after two Palestinian terrorists opened fire on him and then stabbed him at the western entrance to Ariel.

At around 11:20 p.m., the two Palestinians pulled up to the entrance in a Suzuki with Israeli license plates. Security footage showed them exit the car and open fire on the guard post with what is believed to have been Carlo submachine guns.

One terrorist stabbed the security guard before the two drove away. The car was later found burnt out in the nearby Palestinian town Salfit.

The man was at the guard post with his fiancÃ©e and shielded her with his body, saving her life. She was treated for shock at Barzilai Medical Center in Ashkelon.

According to media, the two terrorists were both 20 and unmarried. Though one had previously served time in Israeli prison and is said to belong to Hamas, neither put up any resistance when they were arrested at their homes.

They were identified by Palestinian media as Samih Assi and Yahya Mirâi.

Following the attack, security forces focused their manhunt on Salfit, blocking all entrances and exits from the town.

Troops that searched for the attackers all day on Saturday included the Commando Brigade, Paratroopers Reconnaissance Unit, Battalion 636, the IDFâs Canine Unit (Oketz) and the Mirâol tracking unit.

Defense Minister Benny Gantz sent his condolences to the family of the murdered security guard and commended the security forces who caught the terrorists.

âThe State of Israel has always defeated terrorism, and we will do whatever it takes, in all areas, at any time and by any means, to defeat it,â he said.

Prime Minister Naftali Bennett issued a warning, saying âthere is no terrorist we cannot reach to settle accounts with,â adding that âwe are in a protracted war against terror.â

The al-Aqsa Martyrsâ Brigades terrorist group claimed responsibility for the attack, with a masked man saying in a video âjust as we promised, we will work to lock down cities,â and that the attack âis a response to Israeli aggression in Jerusalem.â

Both Hamas and Hezbollah praised the attack.

Tensions have been high in the West Bank and Israel following a spate of deadly attacks that have killed 15 Israelis since March.

To bring the wave of violence to an end, the security establishment has been focusing its sights on the northern West Bank and the Palestinian cities of Jenin, Nablus, Hebron and Tulkarm and their surrounding villages.

The IDF has reinforced troops in the West Bank by 12 battalions for a total of 25 battalions.

The huge boost in troops allows the military to carry out offensive operations in the West Bank and deploy troops along the security fence to prevent Palestinians from crossing into Israel through holes in the fence along the Seam Line.

Overnight Thursday, as part of the nightly arrests carried out by security forces, troops from the Border Police and Shin Bet arrested a suspect and seized ammunition and gun parts in the town of Burkin, some 13 km. west of Salfit.

Commandos from the Duvdevan unit also arrested a suspect in the Balata refugee center near Nablus.

During a raid in the village of Azun near Kalkilya, a Palestinian identified as 27-year-old Yihya Adwan, a former security prisoner, threw a Molotov cocktail toward troops who opened fire and killed him.