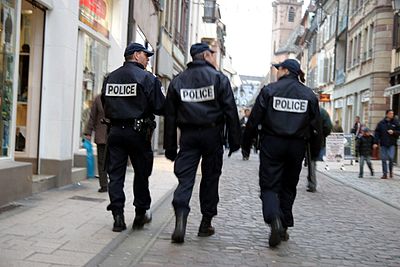 The National Bureau of Vigilance against Anti-Semitism (BNVCA) reported on Monday the murder of a Jewish man earlier in August by a Muslim suspect northeast of Paris.

"The BNVCA was requested by many correspondents who see information circulating about the murder of a Jewish man, 34, from Djerba in Tunisia, whose family lives in Beâer Sheva in Israel. The assassination was committed by a Muslim suspect. The concern is heightened by the silence surrounding this case," the BNVCA said in a press release.

According to the statement, the murder took place on August 20 in Longperrier, a commune in the Seine-et-Marne department.

The suspect, Mohamed Dridi, turned himself in to the French police. He initially said that the victim, Eyal Haddad, who allegedly shared an apartment with him, owed him $100 and didnât return the debt. The suspect then confessed that he killed Haddad because he was Jewish.

âAccording to our information, the assassin smashed his victim's skull with an ax and then burned his face (so the victim wouldnât be identified) and even began to bury the body,â the statement specified.

The BNVCA asked for these facts be examined considering the antisemitic character of the crime. An investigation was opened by the local police.