U.N. Inaction on Libya
All Actions of the UN Human Rights System Critical of Specific States, 2006 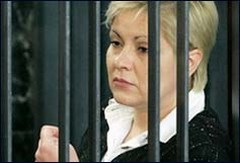 "This week, a Libyan court condemned to death six foreign medical workers on the widely discredited charge that they deliberately infected hundreds of children with the virus that causes AIDS. It was the second time in this case that a Libyan court has made that judgment.

This can only be deemed a travesty given expert testimony - by no less an authority than Luc Montagnier, a co-discoverer of HIV - that the outbreak started well before the five Bulgarian nurses and the Palestinian doctor had even arrived in Libya. The likely cause was an appalling lack of sanitary procedures at a hospital where the virus was spread, probably through contaminated needles or infected blood products. Patient records reportedly show that at least some of the children were infected either before or after the six foreign medical workers were on the scene.

With the case against the medical workers so flimsy, if not concocted, it is no wonder that more than 100 Nobel laureates and dozens of other eminent scientists have called for a new and fair trial. None of the exonerating evidence was even admitted in the latest trial."