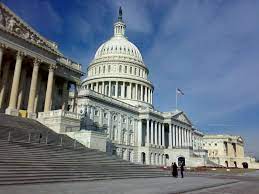 In a stark signal that key allies are tired of the UN expending scarce resources on unjustified Israel-bashing, the twenty-two countriesâincluding Canada, France, Germany, and the United Kingdomâdenounced the COI as exemplifying âthe long-standing, disproportionate attention given to Israelâ by the UN Human Rights Council (UNHRC), which created the COI. The joint statement said this disproportionate focus on Israel âmust stop.â

The Biden administration criticized the COI and its report for âa one-sided, biased approach that does nothing to advance the prospects for peace.â In March, a bipartisan letter from sixty-eight U.S. senators slammed the COI as âwastefulâ and âlikely to further fuel antisemitism worldwide,â and urged the administration to spearhead ending it.

Congress should now help the administration and these allies to stop the COI before it causes further harm to the peace process, Israel, and UN institutions whose credibility and resources are needed to address Russiaâs invasion of Ukraine, Chinaâs grave abuses of the international system, and other top global priorities.

The COIâs chair is Navi Pillay, whose prior record on Israel was so one-sided that the Obama administration had blocked her from being renewed for another UN post. Pillay has wrongly accused Israel of committing the crime of apartheid and called for imposing an arms embargo and other sanctions on it. The two other commissioners have similarly egregious records of anti-Israel bias.

Unlike prior UNHRC commissions of inquiry, which examined specific Israeli-Palestinian clashes in the West Bank and Gaza, this COI was created to exist in perpetuity; is mandated to search for violations in pre-1967 Israel as well as the West Bank, Gaza, and East Jerusalem; and appears designed to falsely conclude that Israel is committing the crime of apartheid.

This first COI report recaps the UNâs myriad past Israel-focused resolutions and analyses. It is a sad reminder of how much UN time and money has been wasted on obsessively and unfairly bashing Israel.

The UNHRC is a particularly egregious Israel-basher. Since its creation, the UNHRC has adopted more resolutions condemning Israelâa robust democracy rated âFreeâ by Freedom Houseâthan every other country in the world combined. The many UNHRC members with far worse human rights records spotlight Israel because it distracts attention from their own abuses. For example, the UNHRC has adopted zero resolutions on the gross human rights abuses in China, a perennial council member.

The report also ignores that Israel has repeatedly offeredâin exchange for peaceâa Palestinian state in up to 94 percent of the West Bank.

Contrary to the COI report, it is Palestinian rejectionism and terrorism, not Israelâs exercise of its right of self-defense, that is the root cause of the conflict.

The report surprised some analysts by not explicitly making the newly-in-vogue false accusation that Israel is committing the crime of apartheid. This accusation seemed likely because the COIâs mandate includes language spuriously redefining that crime to include Israel, and Pillay made that accusation herself prior to becoming COI chair.

The facts in Israel and the territories donât fit either the actual international law definitions of apartheid or even the COI mandateâs false definition of it. Accusing Israel of apartheid would be tantamount to resurrecting the infamous UN General Assembly resolutionâpassed in 1975 and rescinded in 1991âthat falsely asserted that âZionism is a form of racism and racial discrimination.â

The COI report repeatedly references its mandateâs spurious definition of apartheid and features false âevidenceâ of Israeli violations. It simply refrains for now from connecting its own dishonest dots. Given the COIâs mandate, its commissionersâ past statements, and this first reportâs groundwork, the COI seems likely to make the apartheid charge in a future report, perhaps as soon as October.

What the United States Should Do

The Biden administration has repeatedly opposed the COI. At the UN in December, the United States voted for an Israeli motion to entirely defund the COI. The United States and its allies succeeded in cutting the COIâs budget by 25 percent. U.S. ambassador Patrick Kennedy said the âUnited States will continue to oppose this COI and look for opportunitiesâ to ârevisit its mandateâ and âpersuade more Member States that it is inherently biased and an obstacle to the cause of peace.â

The March 2022 bipartisan letter from sixty-eight senators urged Secretary of State Antony Blinken to prioritize âleading a multinational effortâ to âendâ the COI. The letter noted that â[b]y unfairly singling out Israel, the UNHRC undermines its credibility to investigate human rights violations around the world.â

Congress should put teeth in the senatorsâ request. UNHRC activities are funded by the UN regular budget, 22 percent of which is contributed by the United States.

With the UN budget in crisis, stretched by coronavirus and by Russiaâs invasion of Ukraine, it is even more irresponsible than usual to waste precious UN resources on the COI or any other Israel bashing exercise. The COIâs unbalanced first report discredited the UN and contributed nothing to the cause of peace. Congress and the Biden administration should work together with U.S. allies to end the COI before it causes even greater harm."
Date
June 21, 2022
Title
Congress Should Help End U.N.âs Latest Anti-Israel Waste of Funds, National Interest
Author(s)
Orde Kittrie
Original Source
https://nationalinterest.org/blog/buzz/congress-should-help-end-un%E2%80%99s-latest-anti-israel-waste-funds-203140
Attachment
Click here to view this article in MS Word/PDF format