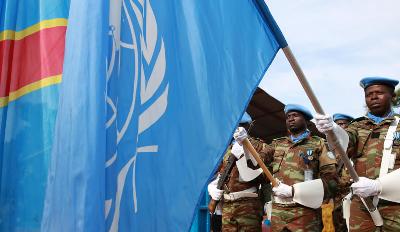 The probe was prompted by an investigation last year by the Thomson Reuters Foundation and The New Humanitarian in which more than 50 women accused aid workers from the WHO and other charities of demanding sex in exchange for jobs between 2018-2020.

In its long-awaited report, the commission found that some 21 of 83 alleged perpetrators were employed by the WHO, and that the abuses, which included nine allegations of rape, were committed by both national and international staff...

One girl, a 14-year-old named as 'Jolianne' in the report, told the commission she was selling phone recharge cards on the side of the road in April 2019 in Mangina when a WHO driver offered her a ride home. Instead he took her to a hotel where she says he raped her and later gave birth to his child.

Some women, who indicated that they were already employed, told the review team that they continued to be sexually harassed by men in supervisory positions who forced them to have sex to keep their jobs, get paid or get a better paid position..."
Date
September 28, 2021
Title
W.H.O. employees took part in Congo sex abuses in Ebola crisis, report says, CNN
Author(s)
Reuters
Original Source
https://www.cnn.com/2021/09/28/africa/who-aid-workers-sexual-abuse-congo-intl/index.html
Attachment
Click here to view this article in MS Word/PDF format