Chairman of U.S. House Committee on Foreign Affairs: "No Moral Equivalence Between Israel and Hamas" 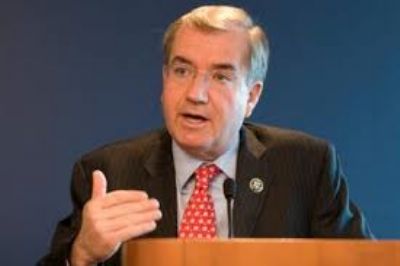 'While Israel is confronting the deadly hostility of Iran, Hezbollah and Hamas, this fatally flawed and biased report is the latest evidence that Israel is also confronting a global attempt to de-legitimatize its very existence, especially its inherent right to self-defense. This report illustrates the failings of the UN Human Rights Council. There is no moral equivalence between Israel and Hamas. Israel tries to avoid civilian casualties while Hamas revels in them. Moving forward, the Administration and Congress must actively work together and with our allies to defeat referrals of the conclusions of this report to other international bodies and tribunals. Failing to do so would create a new arena of confrontation that would further damage prospects for peace.'"
Date
June 22, 2015
Title
Chairman Royce Statement on Report from UN’s Commission of Inquiry on Gaza Conflict, U.S. House Committee on Foreign Affairs
Original Source
http://foreignaffairs.house.gov/press-release/chairman-royce-statement-report-un-s-commission-inquiry-gaza-conflict
Attachment
Click here to view this article in MS Word/PDF format