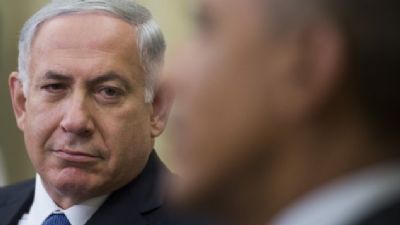 Prime Minister Benjamin Netanyahu rejected calls by senior ministers for construction in Jewish settlements in the West Bank in response to an increase in Palestinian terrorism, at a meeting of his security cabinet on Monday.

That was because the Obama administration had warned Netanyahu against announcing new construction over the Green Line in response to the uptick in terrorism, Channel 2 reported Tuesday.

The report cited senior sources in the Israeli government as saying that the White House told Netanyahu that the US wouldn't necessarily veto a French-sponsored resolution at the United Nations Security Council...

Washington's reported threat to not veto the motion at the UN came shortly after a Politico report which said US President Barack Obama had rejected multiple calls by a top Democratic senator that he speak out publicly against a Palestinian statehood resolution at the United Nations.

Obama's refusal, the report said, 'highlights how wide the gulf between the Obama administration and Israeli government has become.' The rebuff 'unfolded in the context of a personal relationship between Obama and Netanyahu that's become highly toxic, poisoning US-Israeli relations more widely.'..."