UN Secretary-General Shills for UNRWA Despite its Ties to Hamas 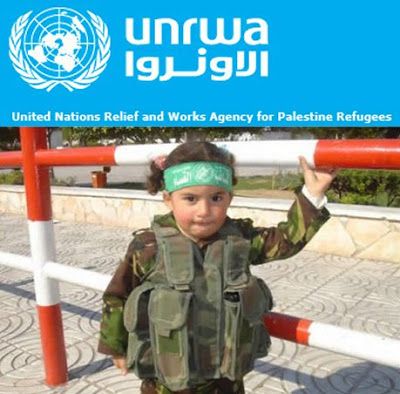 In the words of the report:

"5...Between 13 February and 9 March, 54 Member States, intergovernmental bodies and international financial institutions were consulted in bilateral and multilateral settings and in written format.
...
15... An overarching theme was the indispensable role that UNRWA plays and its essential function on account of its impact in the context of the unresolved Arab-Israeli conflict. The Agency was described as 'unique' and 'special', and its contribution to political stability in a region experiencing significant volatility was highlighted by a broad cross section of Member States...
...
17. Other features of the Agency that were highlighted included its mitigation of extremism, its stabilizing influence and its contribution to peace and security in the Middle East region...
...
44. I...call upon Member States:
(a) To provide greater financial support through voluntary contributions to UNRWA..."
Date
April 6, 2017
Title
Operations of the United Nations Relief and Works Agency for Palestine Refugees in the Near East, Report of the Secretary-General, A/71/849
Original Source
http://undocs.org/A/71/849
Attachment
Click here to view this document in MS Word/PDF format