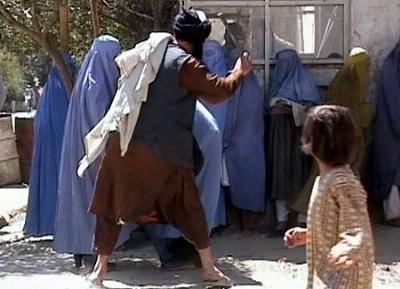 âI donât know where to goâ: uncertain fate of the women in Kabulâs shelters

Zari was seven years old when her parents died, forcing her to move in with her uncle. But when he died four years later, his two widows beat Zari and forced her to work long hours weaving carpets. During her teenage years, Zari tried to kill herself.

After her suicide attempt, Zari, now 28, moved into a shelter for abused women. For the past eight years she has held on to the belief that things would get better. She made friends and learned to sew clothes, eventually teaching others to do the same.

But with the Taliban now in control of Afghanistan, she risks losing everything all over again.

Shortly after the hardline group swept to power in mid-August, ending the American-led war, the small shelter sent several of its residents home. Zari and four other women who also have no family are the only ones remaining.

Overnight, the unmarked building tucked away in the Afghan capital went from her sanctuary to a place of danger. âThe (staff) curse us, they tell us, âYour life is in your own hands. You can go anywhere you want.â I am scared. I donât know where to go,â said Zari, who spoke to the Guardian on the condition that we didnât use her real name.

The shelter is one of nearly 30 such facilities in Afghanistan. Built up over the past 20 years, they operated as a discreet and often hidden part of the international communityâs commitment to advancing the rights of Afghan women. Most of the womenâs cases were resolved within months, but some spent years at the shelter, learning new skills so they could reintegrate into society.

Over the past six weeks, this crucial lifeline has all but disappeared. Most of the shelters have closed their doors at the request of the Taliban, meaning women have either been sent home, often back to their abusers, or moved to secret locations. For those still operating, such as Zariâs, the future is uncertain. Of the three shelter directors who spoke to the Guardian, none are taking in new women.

The fate of the shelters symbolises the struggle for gender equality and the capacity to tackle violence against women in Taliban-controlled Afghanistan. The Islamist group has closed the womenâs affairs ministry, replacing it with the headquarters for its âmorality policeâ, created an all-male government and banned girls from attending secondary school. Human Rights Watch has documented Taliban abuses against women since they took over, including seeking out high-profile women, compulsory dress codes and denying freedom of movement outside their homes.

Mahbooba Seraj, a veteran womenâs rights activist and manager of a shelter for 30 women in Kabul, says the Taliban are still figuring out what to do about womenâs refuges. âTheyâre afraid that women in the shelters will leave, and end up on the streets and enter prostitution, which is very possible,â she says by phone from Kabul. âAnd they do not want that.â

Two weeks ago, 15 Taliban police officers , including secret police, visited Serajâs shelter over several days, noting residentsâ names and snooping around. The women wore veils so they could not be identified, Seraj said.

Seraj told the Taliban that their visit was exceptional â a man had never crossed her shelterâs threshold before. âThey looked at me as if they didnât believe me. And one policeman asked, âEven the Americans?â I laughed and said, âNeither American nor Afghan. Period.â Why they thought Americans visited is beyond me.â

Now Seraj, the 73-year-old founder of the Afghan Womenâs Network, an umbrella rights group, wants to know what the Taliban are planning for abused women. Even before the group seized power, Afghanistan regularly topped the list of countries with the poorest protections for women.

âThe problems of the women of Afghanistan are the same as they were before the Taliban came to power. Women are still being abused, still have abusive families and are still drug addicts.â Despite a landmark 2009 law on the elimination of violence against women, more than half of all Afghan women reported physical abuse and of those who were married, 59% were in forced unions, according to government studies.

The past 20 years have proved how invaluable protection services are for Afghan society, said Kevin Schumacher, deputy executive director at Women for Afghan Women, a Washington-based nonprofit that manages the largest network of shelters in the country. âNext time thereâs a gross violation of human rights â¦ and the victim happens to be a woman, where is she going to go? Society does not function based on our ideological views. If the Taliban want to run a country, they need to have answers for these very real social needs.â

However, this is not the first time Afghan women have been at risk of losing their safe houses. The previous, American-backed government repeatedly tried to bring the shelters under its control, describing them as corrupt brothels full of drug-addled women. In 2011, the government wanted to subject women entering shelters to medically baseless and humiliating âvirginity testsâ. International donors who fund the refuges successfully prevented the takeover.

It is now unclear what funding, if any, the shelters can expect. Afghanistan is bracing for economic collapse and humanitarian disaster, compounded by the worst drought in decades. During the Nato-led war, foreign aid propped up the Afghan economy, and its fate will now depend on whether or not the Taliban can garner support from its former enemies. Despite the Talibanâs plea to the UN last week for legitimacy, no country has recognised its government.

When a Kabul-based shelter that once housed 80 women closed during the Taliban takeover, its cook lost her income as well as a way to provide for her extended family. âMy mother and I were the breadwinners but now we both sit at home, not knowing how we will survive,â says the 30-year-old, who spoke on condition of anonymity.

Since last year she cooked, twice a day, receiving Â£190 a month and independence from her abusive husband, who was a crystal meth addict. Her mother, who was the cook at another shelter funded by the same western NGO, also lost her job.

âNow that I am locked up in my house, I suffer a lot, mentally and financially,â the daughter says. She fears for her own two daughters, who were meant to enter secondary school next year. âAs an illiterate Afghan woman, I was working to help my two daughters go to school but now they canât even get an education.â