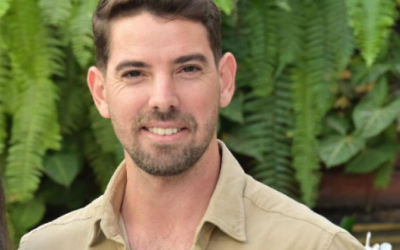 Barak Lopen, 35, is the third victim of Thursday's shooting attack on Dizengoff Street in Tel Aviv, the family announced on Friday. Lopen was critically injured in the shooting and succumbed to his wounds at Sourasky Medical Center.

Lopen was a former Olympian kayaker and represented Israel in the 2008 Beijing and 2012 London Olympics.

He was originally from Kibbutz Ginossar on the shores of the Kinneret but lived in Givat Shmuel, and was married with three children.

Eitam Megini, 27, became engaged just last month to his girlfriends, Ayala, and the two were in the midst of wedding preparations when a terrorist opened fire in the Tel Aviv bar Ilka, where Megini was meeting his childhood friend Tomer Morad, 28, for a drink.

Instead of standing together under a wedding canopy, Ayala will now say goodbye to her fiancÃ©e at his funeral.

The two moved from Kfar Saba to live together as roommates in Tel Aviv, and Morad was employed at the bar where they were slain.

"We are all crushed," Ayala's mother, Leah, said." They started making [a guest list]. They already planned to see locations. Yesterday it was in the news that there was a terrorist attack and Ayala knew he was in the pub. She called him and he didn't answer. I also called him, and he didn't answer. We knew that if he didn't call to tell her that he is okay, then something happened. I went to Ichilov [hospital] and [they] asked to see a picture of him, because he didn't have any documentation on him. From their face I understood. Instead of a wedding, there will be a funeral."

"A heaviness has fallen on our city, we awoke to an unbearably hard morning, with difficult knowledge that the murdered are two dear sons of our city â Eitam Megini and Tomer Morad ... childhood friends that grew up and were educated in our city, Kfar Saba, from among the best of our children," said Kfar Saba Mayor Rafi Saar. "Our hearts are with the victim's families, dear and beloved families. The difficult feelings are mixed with anger, frustration, and pain. There are no words that can comfort those that have lost their children. We will support the families and will do everything in order to protect our lives and to continue ... until victory because we don't have an option and we don't have another land. I hope for a speedy recovery to the injured and send condolences on behalf of the entire city to the families of the victims."

Foreign Minister Yair Lapid posted not long after the publication of the names of the victims that Morad was a relative of one of his advisors.

"At 1 p.m. I spoke at length with Dana, my advisor," tweeted Lapid. "Ten years we've worked together. We're also friends. One of the victims is Tomer, brother of her brother-in-law. A wonderful 27-year-old man. This morning I got up to this product of a poisonous machine. Only united can we win against terrorism, also [against] the hate that is distributed here."

Wix, an Israeli software company that employed Megini, also tweeted, "We're deeply saddened by the tragic loss of our Wix family member, Eitam Megini, who was murdered by a terrorist last night. Eitam was smart, full of charisma and had a million dollar smile. Sending our deepest condolences to his parents, sister, fiancee and all of the victims."

The two friends were students at Tel Aviv University. TAU rector, Professor Mark Shatif, shared the University's condolences saying, "the whole of Tel Aviv University bows its head and shares in the grief of the Morad and Megini families. We lost two of our dear students yesterday, and the pain is great."

The following day, masses of people gathered at the Ilka bar to mourn the loss of the two young men and hold a vigil in their memory.